On Saturday, June 18, 2022, Yiaga Africa Watching The Vote (WTV) deployed 500 carefully trained stationary observers and 25 mobile observers to all the 16 Local Government Areas (LGAs) in Ekiti State. To observe the accreditation and voting process as well as to share reports on the general conduct of the election at the polling units level. As noted in Yiaga Africa’s pre-election statement on June 16, this is the first state-wide election to be conducted by the Independent National Electoral Commission (INEC) under the new Electoral Act 2022. Therefore, the election presents an opportunity to assess the operational implications of some provisions of the Electoral Act 2022 and the newly issued INEC guidelines. Other ‌areas of interest include the deployment and functionality of the Bimodal Voter Accreditation System (BVAS) for voter accreditation, the role of the Permanent Voters Card (PVC) in determining the conclusiveness of the election and the new framework for election results management. Considering the important role of the data on PVC collection in this election, Yiaga Africa had called on INEC to publish the final data of PVC collection rate for the election but the commission is yet to make public the final data of collected PVCs per polling unit.

Yiaga Africa notes a marked improvement in logistics management for the Ekiti 2022 governorship election. The personnel and essential materials such as Voter Register, BVAS, voting cubicles and ballot box were deployed early in majority of the polling units. However, some polling units recorded late commencement due to late arrival of polling officials. For instance, in PU 001, At Camp (Ila Nla)/Itanla, Ward 13, Ado Ekiti the first vote was cast at 10:35 am. Yiaga Africa also observed non-compliance with the election guidelines in some polling units. According to the INEC guidelines (Section 20(iii)), polling officials were required to tick the appropriate box against a voters name labelled FA (denoting Failed Accreditation) at the left margin of the voter’s detail on the register. Yiaga Africa observed that the voter register deployed to the polling units had no box labelled FA.

Yiaga Africa preliminary statement is based on verified reports from 246 of 250 sampled polling units. Eleven critical incident reports were received and processed within the same time frame. The statement provides data on the commencement of polls, availability of election materials and critical incidents that may impact the quality of the election.

Furthermore, the early commencement is an improvement when compared to the Anambra 2021 gubernatorial election where INEC officials were observed in only 17% of polling units by 7:30 am and accreditation and voting had begun by 9:30 am in 28% of polling units.

In 96% of polling units, the BVAS had zero record for the total number of accredited voters on the BVAS before the commencement of the process.

In view of the foregoing, Yiaga Africa WTV makes the following preliminary recommendations:

Yiaga Africa restates its commitment to sharing accurate data and information on the conduct of the election and results based on its deployment of the Parallel Vote Tabulation methodology. If INEC’s official results fall within Yiaga Africa’s estimated rate, then the public, political parties and candidates should have confidence that the official results reflect the ballots cast at the polling units; however, if the announced results have been manipulated and do not match the polling units’ results, Yiaga Africa will expose it.

Watching the Vote is “Driven by Data – For All Nigerians – Beholden to None!”

Tel. +234 (0) 703 666 9339, Email: misah@yiaga.orgLearn more about #WatchingTheVote at www.watchingthevote.org  or on social media on Facebook at facebook.com/yiaga.org or on Twitter @YIAGA. 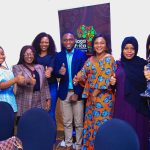 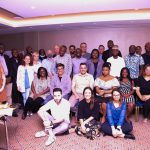 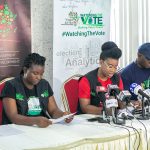