In the weeks leading to the 16 July 2022 governorship election in Osun state, the major political parties have intensified their campaigns deploying both legal and illegal antics in an attempt to win the race to the Government house. The Osun election is however beyond the contest for the office of the Governor as the political parties compete tough in a last-ditch effort to gain a strong impetus going into the crucial 2023 general elections.

With barely 10 days to the Osun Governorship election, the political and security atmosphere has remained tensely unpredictable with the security agency describing every Local Government Area as a potential flashpoint. Yiaga Africa’s pre-election reports have revealed the activities of cultists and political thugs in some local government areas (LGA) as capable of threatening the peaceful and credible conduct of the election, if not contained. In addition to this threat, there are also attempts by some political mercenaries to manipulate the process right from the pre-election stage.

Despite the foregoing, the preparation for the Osun governorship election has seen a religious implementation of the electoral timeline by the Independent National Electoral Commission (INEC). As observed, the training of AdHoc staff is ongoing, and the non-sensitive materials are deployed and catalogued in the INEC LGA offices. Also, the collection of the Permanent Voters Card (PVC) is currently happening in the INEC LGA offices and voter education activities are being conducted by INEC and different stakeholders to ensure informed citizens’ participation. The Commission also conducted a mock accreditation to access the BVAS in some LGAs ahead of the election.

The Pre-election environment has also been characterized by defections, alignment and realignment as part of an effort by political parties and candidates to gain political favour going into the election and with the 2023 polls in calculations.

Yiaga Africa has been observing the Osun Pre-Election Environment since April 2022. Yiaga Africa’s WTV specifically trained and deployed 32 Long-term observers (LTO) to the 30 LGAs to observe the pre-election environment until July 14, 2022. So far, 3 pre-election observation reports have been issued and 2 more reports will be issued before the election. Based on the observations, some emerging concerns requiring attention ahead of July 16, 2022, governorship election include:

As the election draws near, election preparatory activities by INEC are on course, in line with the election timetable. Election preparatory activities were observed in all the 30 LGAs of Osun state as reported by Yiaga Africa WTV LTOs, especially the collection of PVCs. This exercise was stepped down from the LGA level to the ward level from 20th-25th June 2022. In Osogbo LGA, as reported by the LTO, the commission engaged the security agencies in a one-day training session on the need to ensure free, fair and credible election through proper security operations. Yiaga Africa LTOs also observed and reported the distribution of non-sensitive materials across the 30 LGAS. The non-sensitive materials include the ballot boxes, voting cubicles, tables and other materials to support the set-up of and the deployment of personnel to the Registration Area Centres (RACs). LTOs also observed and reported the training of INEC-Adhoc personnel ahead of the election.

The last two weeks recorded an increased level of voter education and information campaigns across the state, only Odo-Otin and Ola-Oluwa LGAs reported not witnessing or hearing about any voter education/information activities by INEC, NOA or CSOs.

Reports received from the 28 LGAs revealed that CSOs, INEC and NOA sensitized the public on the need to collect their permanent voters’ cards and the need to vote on July 16. Specifically, some of these stakeholders provided information on the new voting procedures to be adopted in the Osun election, as contained in the new 2022 Electoral Act and Guidelines on Election. Also, CSOs organized workshops and were seen going around some communities in Korope (Small Bus) with loudspeakers sensitizing people even in the marketplaces, these efforts were majorly observed in Atakumosa West, Boripe and Ede North LGAs.

WTV LTOs monitored political parties’ activities such as party campaigns/rallies, presence of candidates’ posters/billboards, door-to-door campaigns, market shows and media adverts. While Yiaga Africa’s pre-election observation efforts track the activities of all political parties that are contesting the election, however, in this reporting period, the APC and PDP have continued to dominate the political campaign scene.

The distribution of money, gifts and food items to induce voters by political parties and candidates featured throughout the pre-election campaign period as observed and reported by Yiaga Africa’s LTOs. This ugly trend is undermining the credibility of electoral mandates.

During this reporting period, more events associated with voter inducement were reported by the LTOs in Ife Central, Ife North, Ifedayo, Ilesa West and Odo-Otin LGAs. Specifically, food items such as Garri and Beans were seen distributed to people as a campaign strategy in these LGAs.

WTV also received reports of activities of cult groups and violence during political campaigns. There was a reported case of a clash between two cult groups in Ilesha West on June 23rd at a registration area where PVCs were being distributed. The infighting led to many people being injured at the end of the day. There was a reported case of physical violence that led to the death of two people on 19 June 2022 in Ejigbo LGA during a political campaign visit to Oyeyode Oyesosin of Ejigbo land. While in Osogbo there was a clash between two rival cult groups that led to the death of a woman by a stray bullet on the 21st June 2022, in Osogbo LGA.

Across the state, vandalization, destruction and defacing of political party candidates, posters and billboards were reported by Yiaga Africa WTV LTOs. This incident mostly occurred at night along the major roads when party supporters were returning from campaigns.

Learn more about #WatchingTheVote at www.watchingthevote.org  or on social media on Facebook at facebook.com/yiaga.org or on Twitter @YIAGA.

About the Pre-Election Observation (PREO) Methodology

Yiaga Africa Watching the Vote recruited, trained, and deployed 31 long-term citizen observers (LTOs) and deployed them across the 30 LGAs of           Osun State to systematically observe the pre-election environment in their various local governments. The observation also includes monitoring early warning signs of electoral violence that may influence the election outcome in the State. The observers are equipped with a checklist to record the relevant information and provide verifiable findings of the pre-election happening in their various LGAs. The LTOs send reports of their observation bi-weekly on a standard set of questions at the local government level, while the others serve as mobile observers within the state and they report critical incidents only. All the 31 LTOs were recruited from their LGAs of residence, where they are expected to monitor all the electoral activities: voter education and information, political campaign activities, activities of marginalized groups (youth, women, and PWDs), election-related violence, and critical incidents all around the clock. Additionally, they track activities of electoral stakeholders like; INEC, political parties, NOA, CSOs, as well as women, youths, and PWDs.

All findings from the LTOs are transmitted to the WTV data centre via coded SMS and are thereafter analyzed and reported periodically. Yiaga Africa PREO findings are obtained from the entire LGAs within the state and not from a representative of the whole state, thus indicating emerging trends during the pre-election period. Unlike the WTV election-day observation methodology that relies on sample-based observation, Yiaga Africa’s WTV PREO uses a more traditional approach that investigates the activities in LGAs of Osun State. 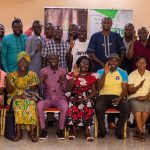 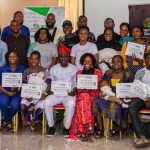 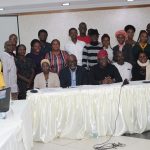