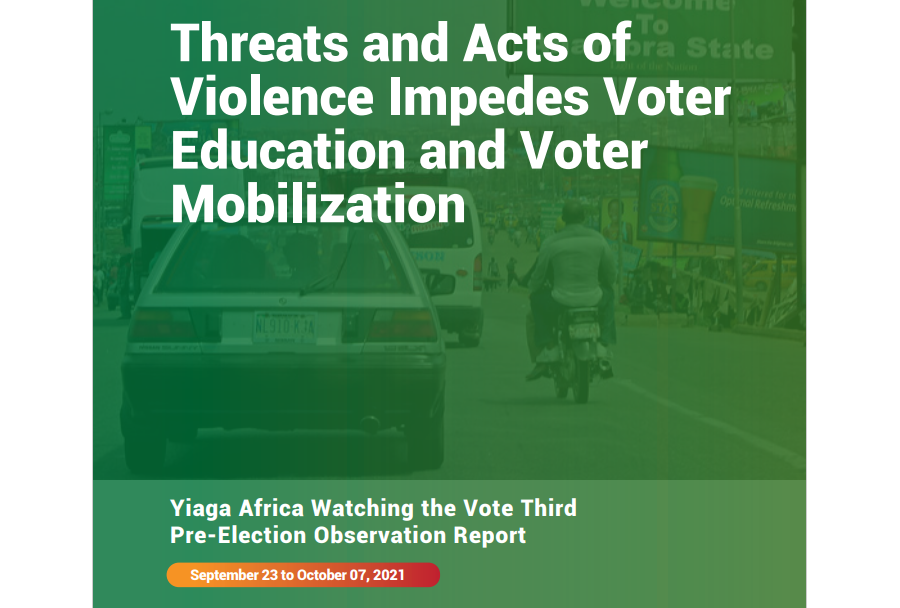 With the November 6th, 2021 Anambra governorship election fast approaching, the incessant insecurity issues bedevilling the state continues to pose serious concerns with respect to the conduct of the election. The insecurity in the state may be related to the activities of the secessionist agitators, in addition to political attacks and the intersecting criminality observed in the pre-election phase. The question still remains on the ability of the security agencies to guarantee the safety of lives and properties in the state.

Anambra state has had four Commissioners of Police since February 2021 till date. Within a space of three months, the state has had 3 different Commissioners of Police, with the most recent resuming in October 2021. While the security agencies have consistently assured the Independent National Electoral Commission (INEC),  the people of Anambra state and Nigerians that they will provide adequate security for the election, there still remains a major lapse in the management of the insecurity in the state. Yiaga Africa has also observed heavy deployments of more security personnel and equipment to Anambra in recent weeks, while this is intended to assuage citizens and build confidence ahead of the elections, we expect more coordinated and professional engagements in a manner that will encourage and not discourage participation.

Beyond the security challenges in the state, the Independent National Electoral Commission (INEC) is consolidating its preparatory activities towards the conduct of the elections. The Commission convened a meeting with the 18 recognised political parties that are taking part in the forthcoming gubernatorial election on Thursday, 7th October 2021. The meeting was held at the Commission’s headquarters in Awka, to provide updates on the election preparatory activities and issue electronic copies of the voter’s registers to the political parties in line with its timetable and schedule of activities. At the meeting, the Commission put the total number of voters registered in the state at 2, 525, 471. The resident electoral commissioner stated that the commission had registered 138, 802 in the CVR exercise in the state, although it has removed 62, 698 registration details for double/duplicate registrations. In addition to the presentation of the Final Register of Voters for the Anambra gubernatorial election, the Commission had also presented the Final List of Candidates.

With barely three (3) weeks until the election, Yiaga Africa is worried about the low level of voter education and mobilization in Anambra. In the third reporting period, WTV LTOs reported very low interventions targeted at enhancing and increasing the capacity of women, youth and PWDs in the upcoming elections. There is a need for intentional and targeted engagement with voters to inspire confidence and improve participation in the election.

Yiaga Africa has a total of 26 Long Term Observers (LTOs) deployed in the 21 Local Government Areas in Anambra state, to observe the pre-election environment.  This report is the third pre-election observation report to be issued; it reflects the findings between September 23rd – October 7th, 2021. The findings in the report cover the 21 LGAs in Anambra state.

Yiaga Africa stands by its position on the outcome of the 2022 Ekiti and Osun Governorship election  
September 16, 2022Editor