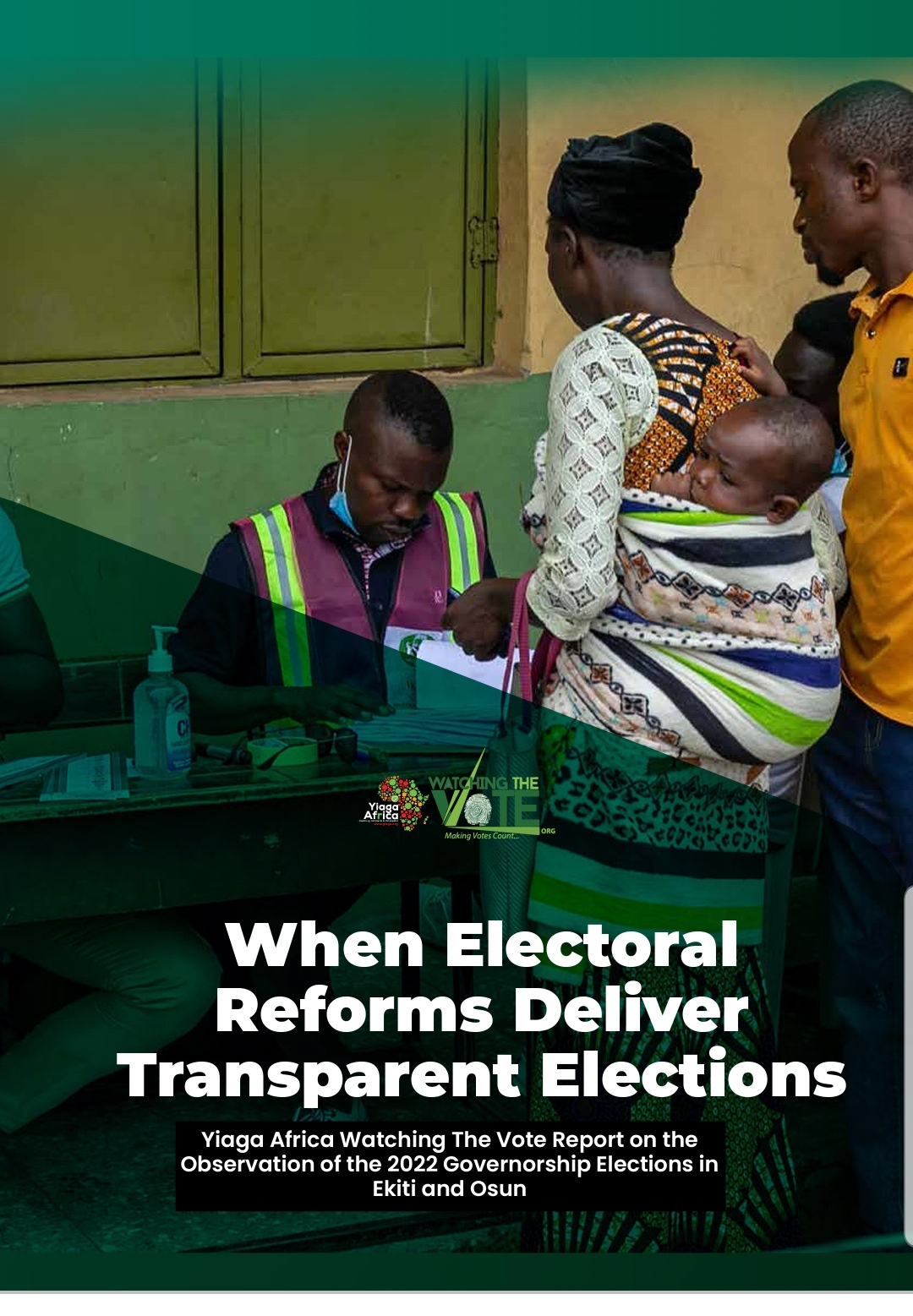 Ekiti and Osun governorship elections are unique as they were the last of the seven off-cycle elections before the 2023 general election. Due to the strategic importance of both elections to the 2023 general election, it is not surprising that both elections elicited high interest and attention of stakeholders that outpaces the level of interest among stakeholders in other offcycle elections. The elections were the first and second statewide elections regulated with the new Electoral Act 2022 and INEC Regulations and Guidelines as they provided an opportunity for assessing stakeholders adherence to the implementation of the provisions of the new Act. Both Ekiti and Osun elections also served as a litmus test for INECs preparedness for the 2023 general election as well as a barometer to assess the efficacy of the policies, processes, and innovations introduced by INEC to improve the quality and integrity of the election.

The pre-election climate in both states was signposted with political tension, controversies, fake news and disinformation, and pre-election violence. Political thuggery and voter inducement were rife despite efforts by civil society groups to document and escalate these incidents to INEC, and security agencies. In addition, key contenders and political actors advanced narratives that forewarn of the breakdown of law and order if not adequately managed. These include alleged threats to deploy state and non-state instruments of force and armed violence.

Despite the prediction of electoral violence, both elections were largely peaceful, and voters were allowed to exercise their voting right. The confidence building from most electoral stakeholders didn’t result in a high turnout of voters, as low voter turnout was recorded in both states. On a positive note, the elections witnessed a marked improvement in election administration, especially election results management, functionality of technological devices, and stakeholder engagement. However, the candidate selection process of political parties requires comprehensive reform. Internal democracy, transparent procedures on delegation selection, and compliance with rules on party primaries are in short supply in most political parties. Consequential actions should be taken against political parties that breach party primaries guidelines and provisions of the Electoral Act 2022.

Based on Yiaga Africa’s findings, both elections signify progress in Nigeria’s elections journey based on the significant improvement in the management of election logistics, openness of the voting process, transparency and accuracy of the election results, and compliance with the Electoral Act 2022 and INEC Guidelines and Regulations for elections. Be that as it may, there were cases of ballot box snatching, violence, and disruption of voting and result collation by thugs and hoodlums linked to political parties. While these cases were isolated across both states, they are indicators of electoral impunity and political actors’ unwillingness to respect the people’s will. In addition, these cases provide a compelling justification for improved safeguards for credible elections and accountability for perpetrators of electoral fraud and violence.

The Ekiti and Osun elections exemplify how far-reaching governance and institutional reforms can rekindle hope in electoral democracy. For instance, the efficiency and functionality of the Bimodal Voter Accreditation System (BVAS) and INEC Election Results Viewing Portal boosted public confidence in the electoral outcome. Similarly, Although these technological innovations didn’t address the menace of vote buying in both elections, it conferred legality on the process on accreditation, voting and results collation. Other key lessons gleaned from both elections include;