Road to 2023: Disruptions, Distortions, and Discordance 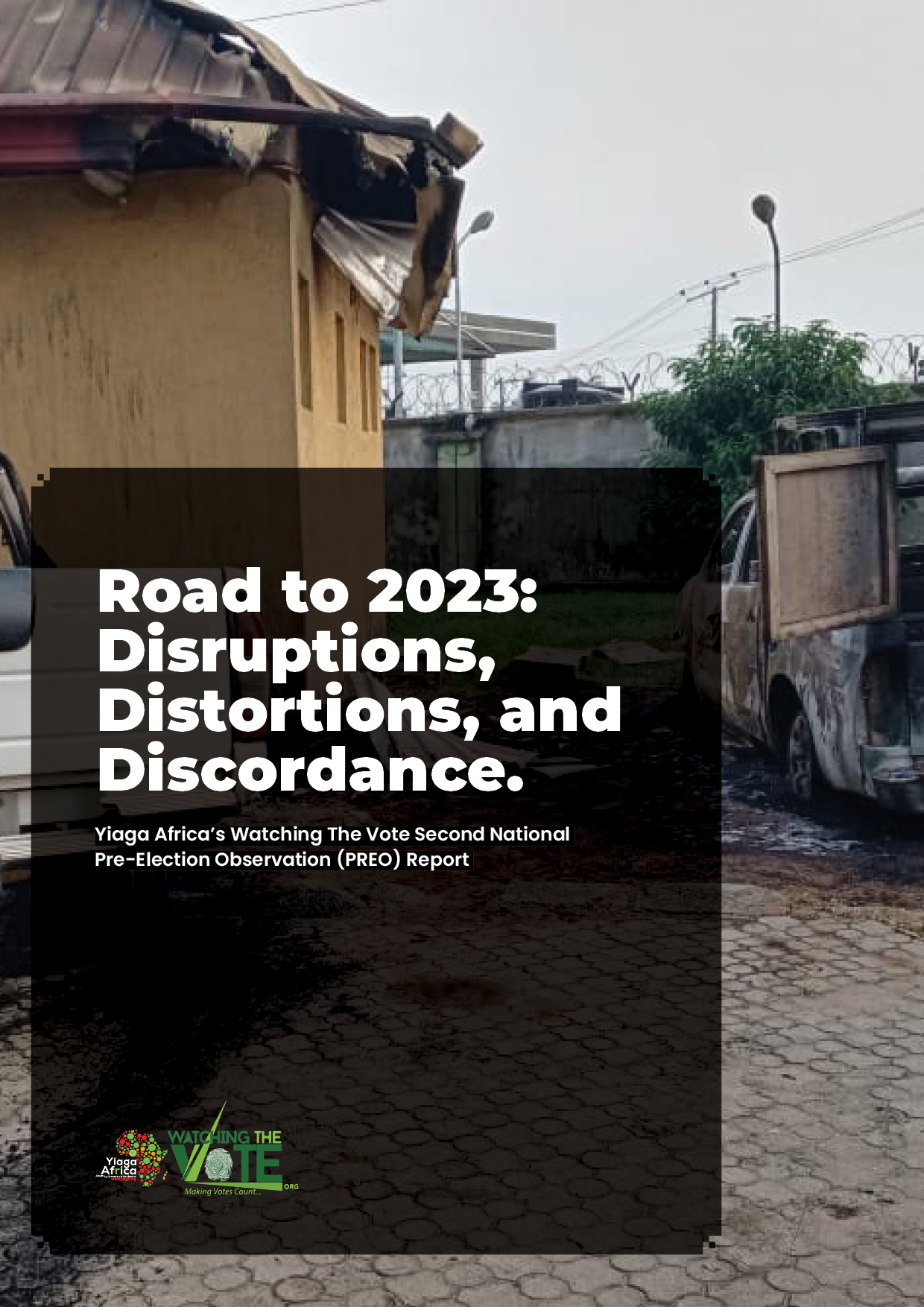 Road to 2023: Disruptions, Distortions, and Discordance

The 2023 election will no doubt be conducted amidst varying levels of insecurity with a likelihood of an increase in politically motivated violence. The growing threat of violence and attacks on the Independent National Electoral Commission’s (INEC) facilities is also becoming a recurring incident in the pre-election phase, compounding the security challenges. This calls for immediate action from the security agencies and stakeholders. The second reporting period for the Yiaga Africa Watching The Vote pre-election observation recorded reports of election-related violence, violence against women, unchecked abuse of power by state government’s imposing undue restrictions
on campaigns, the purchase of permanent voters card (PVC) and voter inducement. While INEC has sustained its preparations for the elections, achieving credible election is a responsibility shared with electoral stakeholders.

The recent ‘coordinated and premeditated’ attacks on the facilities of the Independent National Electoral Commission (INEC) portends grave danger for Nigeria’s democracy. The attacks could impede INEC’s preparations for the general elections and diminish citizens’ confidence in the electoral process. Similarly, women experience different forms of violence, intimidation and harassment for engaging in electoral politics. Online and offline attacks targeted at women are on a high increase with little or no action from relevant authorities to abate these cases.

This report contains key findings of the second observation period (between November 25 and December 8, 2022) based on reports from 822 Long term observers (LTO) deployed in the 774 LGAs until February 24, 2023. The Pre-Election Observation (PREO) report captures the activities of the key election stakeholders: INEC, Political parties, Civil Society Organisations (CSOs), and the National Orientation Agency (NOA), as well as indicators of electoral violence. The Yiaga Africa’s Watching the Vote Long-term Observers will continue to observe and send reports from all the 774 local government areas (LGAs).